YOUR support is requested to hold the current board to account by attending tomorrow’s HOA meeting. As you may be aware, the HOA lawyer abruptly called me to tell me my home business was a violation, and three days later sent me a Cease and Desist letter that demanded I not operate my home business within my unit. I was given 7 days to comply. Without compliance, the board would move to vote me off the board.

I felt forced and bullied to close down and cease all operations as it is not feasible to move my Micro-Home Dog Grooming Business.. The business model all hinges on grooming occurring in my quiet home.

If you are unable to attend this meeting and you have a few minutes, a letter of support would be appreciated. I can submit the letter so it will be part of the official minutes. Please send to myra@fursf.com.

From the beginning, Dave and I reviewed the rules to ensure that we were not violating the rules (Dave IS a lawyer after all).
IMPLICATIONS TO OUR COMMUNITY

Scroll below for Meeting Agenda : 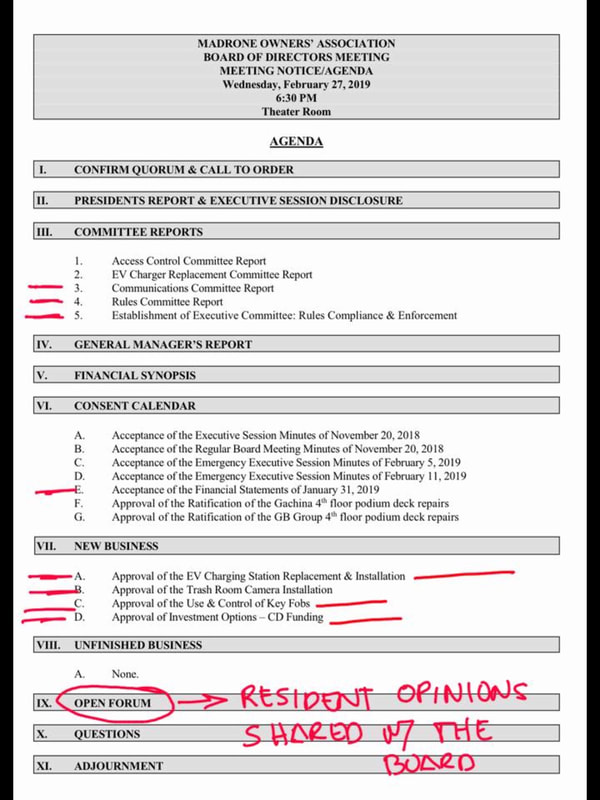